It is now exactly 3 months since Big Red and Rosey, the wild-caught scarlet macaws were transported to Harvest Caye, offshore Belize to entertain cruise ship passengers on a private island 'paradise', and it's well over a year since the toucans have been out there.

Our petition is going strong with 5000+ signatures added per day.

Voices are raised in protest literally all over the world. The petition demanding the closure of this spectacle is gaining an average of 5000 signatures per day.

There are persuasive, articulate and sensible arguments circulating the media and social media that detail why displaying captive wildlife in a for-profit tourist setting is a bad idea, letters of objection and complaint featuring in the Belize media weekly, TV appearances, reports and professional statements from wildlife biologists, conservation organisations, rehabbers and key conservationists. So why on earth has nothing been done to liberate these birds and animals from their island captivity?

And more to the point, with all of the negative publicity they are getting, why haven't Norwegian Cruise Lines (NCL), the owners of Harvest Caye done anything about this themselves? Surely they don't still think this is a good idea? So many objections - even from their own passengers - and yet they carry on regardless. It is actually quite astounding.

In my professional opinion Forest Department and Harvest Caye have everything to gain and nothing to lose by doing the right thing.

So once again, why do we object to Harvest Caye's captive wildlife?

The real Belize Zoo is amazing. It is a national treasure, loved by everyone, does a fabulous job of education and has long-standing and successful rescue/rehabilitation projects in place. Belize does NOT need another zoo - especially a half-baked one, miles offshore on an exclusive and inaccessible private island.

NO! to using wild animals

There are already too many captive-bred and unwanted animals in the world. The modern tourist doesn't need to see healthy, releasable wildlife in cages - they can do that in their own towns. They want to see worthwhile projects benefiting the local wildlife and supporting conservation and animal welfare, whatever the species.

NO! to displaced wildlife

Macaws don't belong on the ocean. Toucans don't belong on desert islands. Norwegian Cruise Lines could have started a conservation project with any number of coastal and reef species: pelicans, gulls, terns, cormorants, frigate birds... instead of which, Belize Bird Rescue is rehabilitating pelicans 50 miles from the ocean and Harvest Caye has releasable, captive jungle birds caged out on an island. If that's Forest Management, then it sucks.

NO! to Harvest Caye's concept for education

Gawking at wild birds in cages isn't education. Poking at iguanas or cuddling a boa - that's not education. A butterfly house? On an island beach? Really???

What about serious issues that truly warrant coastal location education and awareness? Why not highlight how Belizean conservation organisations and the government are working to remove invasive lion fish; the Tourist Board measures to kerb poor tourism practices that damage the reef; the excellent Fisheries policies on gear, catch size and closed seasons; the amazing work being done with manatee conservation and rehab; the protection and rehabilitation programmes of so many different species on the mainland. There are a million ways they could have done it better, and still could.

NO! to quoting irrelevant guidelines.

There has been much talk about IUCN Guidelines by the Forets Dept and the Directors involved in the Foundation responsible for the wildlife at Harvest Caye. Let's nip that one right in the bud. It's irrelevant whether or not Big Red is/was/could be released. We are discussing the circumstances of the transfer and the suitability of Harvest Caye. The fact is that the very guidelines these people are spouting specifically warn against facilities like Harvest Caye's mini-zoo: "Transfer of ownership from a confiscating government authority to a private entity – individual or non-commercial or commercial care facility – can raise complicated legal and ethical issues, which are difficult – and time-consuming - to address. Sale or transfer of ownership may – or may be seen to - stimulate demand for these animals and exacerbate any threat that trade may pose to the species. It may also give the appearance that the government condones illegal or irregular trade or, in the case of actual sale, is benefiting from such trade." IUCN Guidelines for the Placement of Confiscated Animals, International Union for Conservation of Nature, Feb 2000

NO! to secrecy & conflict of interest After 7 peaceful months, the transfer of Big Red from BBR was announced and completed within just 3 frantic hours. BBR and members of the Government's National Bird Working Group knew nothing of the transfer plans, of the Harvest Caye facility, or of the existence of Rosey, another scarlet macaw also transferred at the same time from the Wildlife Institute teaching hospital/wildlife clinic in the Cayo District. Ironically, the Founding Director of the Wildlife Institute is also a Founding Director and veterinarian of the Wildlife Clinic and Founding Director and veterinarian of Harvest Caye Conservation Foundation: the facility licensed by Forest Dept to display 'and research' the macaws on Harvest Caye. Do I hear 'conflict of interest'?

NO! to damaging the local economy

NCL are already in the bad books of most locals. These thousands of passengers used to come to the mainland: now they stay on Harvest Caye. Any money brought ashore is tiny compared to the amount the cruise ship keeps. There is a village called Red Bank only 26 miles from the Harvest Caye mainland port of Placencia. Red Bank have free flying, wild scarlet macaws flitting through their forests. Yes, that's right - FREE WILD MACAWS. Are the tourists encouraged to go there? No! Are they permitted to book their own tour to go there? No! And why is this? Because it will dilute what NCL are doing on Harvest Caye, that's why. An entire village could have sustainable tourism brought to their door, but NCL would rather put wild birds in cages and call it education.

So... do what we told NCL to do when they asked us back in 2014. Go to a US rescue centre. Be an adoption hero. Take in some captive-bred, CITES licensed, hand tame birds and treat them like NCL royalty. Assign them personal handlers that live with them and for them. Give tourists an up-close and personal of these magnificent and often-abused creatures. Do some real ambassador education on the fate of birds taken from the wild. Explain the pitfalls of parrot ownership and how the fascination for these super-intelligent birds has led to the near-extinction of so many species. Now THAT'S education worth doing.

In the end, who cares?

Why should you care?

Because it's the thin end of the wedge. What's next? Tapirs? Jaguars? Monkeys?

Because it misrepresents the Belize actively marketed by the Tourism Board

Because it detracts from the local economy

Because it opens the door for so many others to copy

Sign, write, shout... and DO not stop until that private display collection has been shut down.

February - for the love of the birds!

February - for the love of the birds! 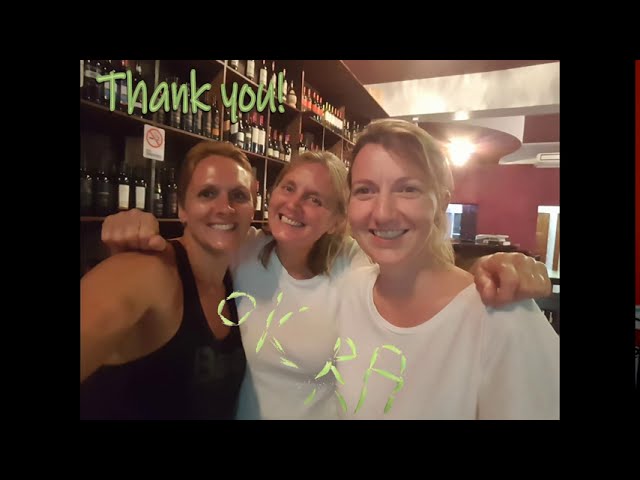 You won't believe what Okra did for us!!!

Boost your donation this week!